Result of regional energy strategies for NL 2030 in map 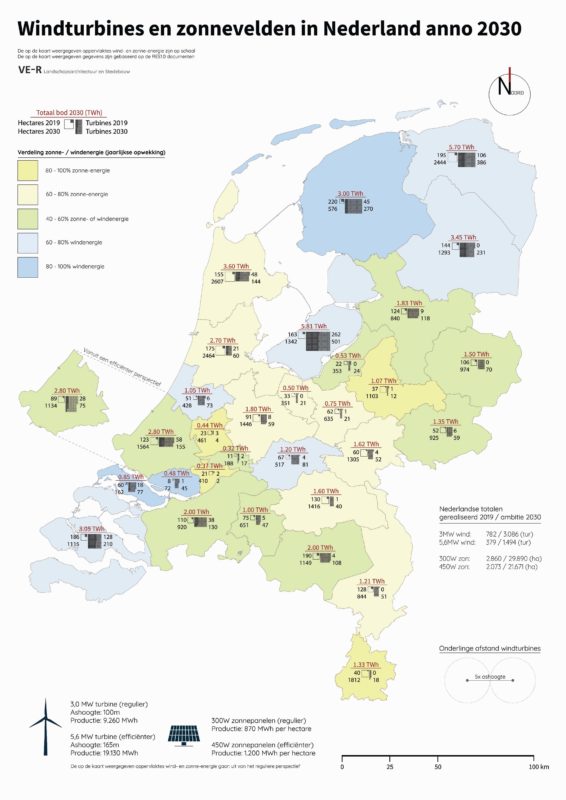 Windmills and solar fields in the Netherlands 2030

The Dutch energy regions have submitted their bids for the energy transition at the first of July 2021. But how do these bids look when they’re combined in one total overview? And, how many wind turbines and solar fields should still be placed following these offers per region?

The consequences of climate change are knocking on our doors and the time to act is now. Every year we are confronted with researches which stress the risks we are facing as well as the acts that are needed to reach predetermined goals.

To life up to the targets of the climate agreement of Paris (2015) the Netherlands has appointed thirty energy regions which are to develop a regional energy strategy (RES). The target? The reduction of greenhouse gas emissions in 2030 by 49% compared to 1990, in 2050 the reduction should be 95%. The RES1.0 should have given a concrete description of the ambitions of every region before the first of July to reach these targets.

Despite the availability of a national manual to develop these strategies this has resulted in thirty divergent documents of varying length, detailing and assumptions. Because of this the average reader gets easily loses the total overview, are regions hard to compare to each other and are ‘concrete’ ambitions still vague.

VE-R has analysed the thirty RES1.0 documents to make the regional tasks for renewable electricity production more concrete, understandable and comparable. The strategies are presented in relation to each other to give an impression of the national task. The article on LinkedIn (Dutch) dives further into our findings, but they can also be found in the images attached to this post. 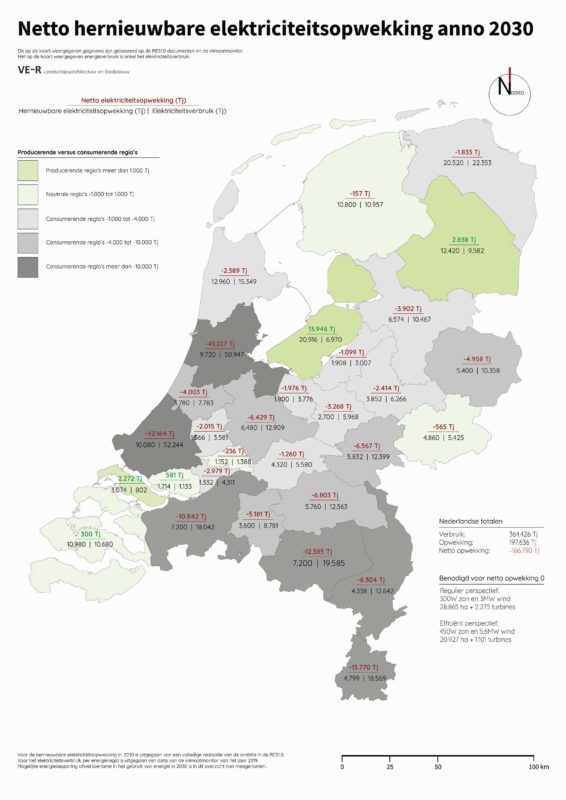 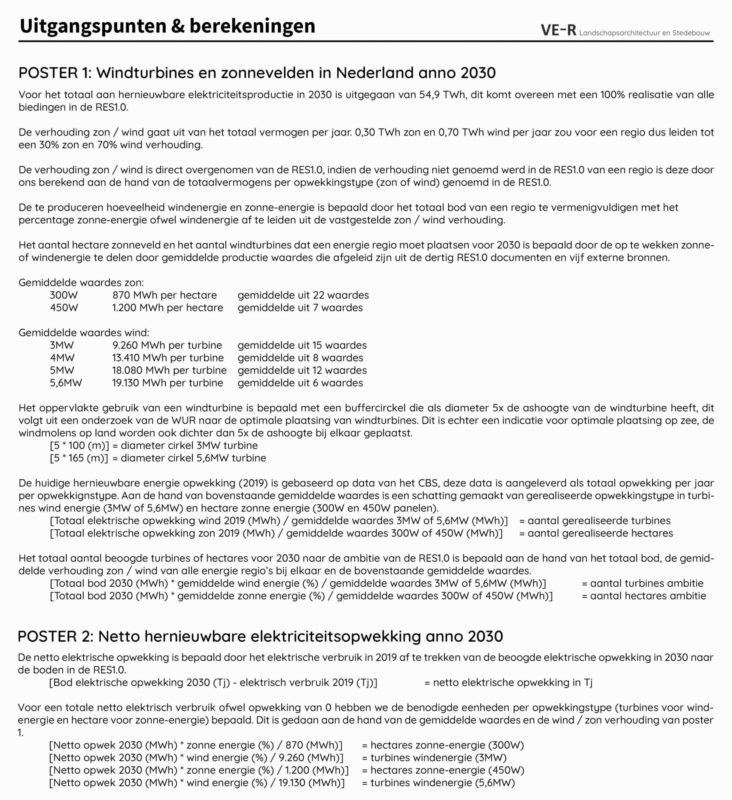