Dialogue for design in Saint-Louis, Senegal 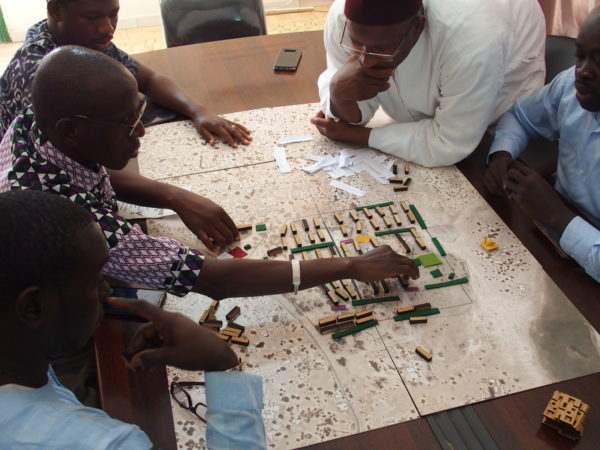 The island of the City of Saint Louis, a designated UNESCO World Heritage Site, has a unique position in the river Delta of the Senegal river. This river is separated from the ocean by a small strip of land called Langue de Barbarie, a densely build strip with a bustling fishing community. Flooding by the river during heavy rainfall and constant erosion of the coastline has been its part for over decades. Major storm surge disasters in 2017 destroyed many houses along the coastline and left thousands of people homeless. Some of them found shelter with family and close relatives at the Langue others were housed in temporary tents.

The Senegalese Government, with financing from the World Bank, is preparing a solution for permanent new housing at a safe location for those affected by the disaster. Implemented by the Municipal Development Agency (ADM), the project requires that the new location be developed with input and engagement of those that will build a new life here. Remco Rolvink (VE-R) and Pierre Maas (Rothuizen) both participate in DASUDA and have been asked to assist in giving shape to a participatory process. It consists mainly of a method in which the local leading parties, ADM and the social facilitation firm MSA, could design the neighbourhood together with the local stakeholders and the people affected by the disaster.