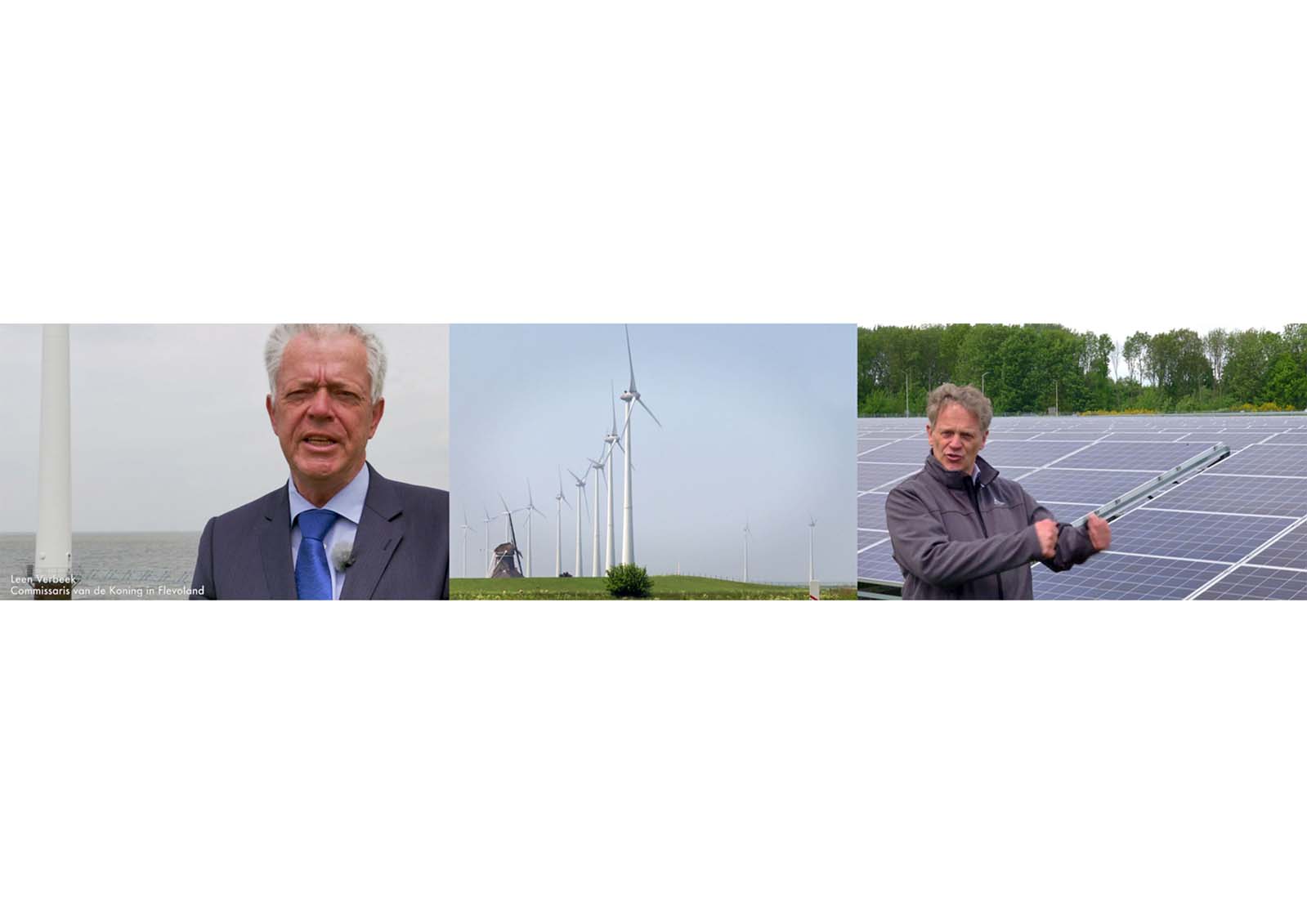 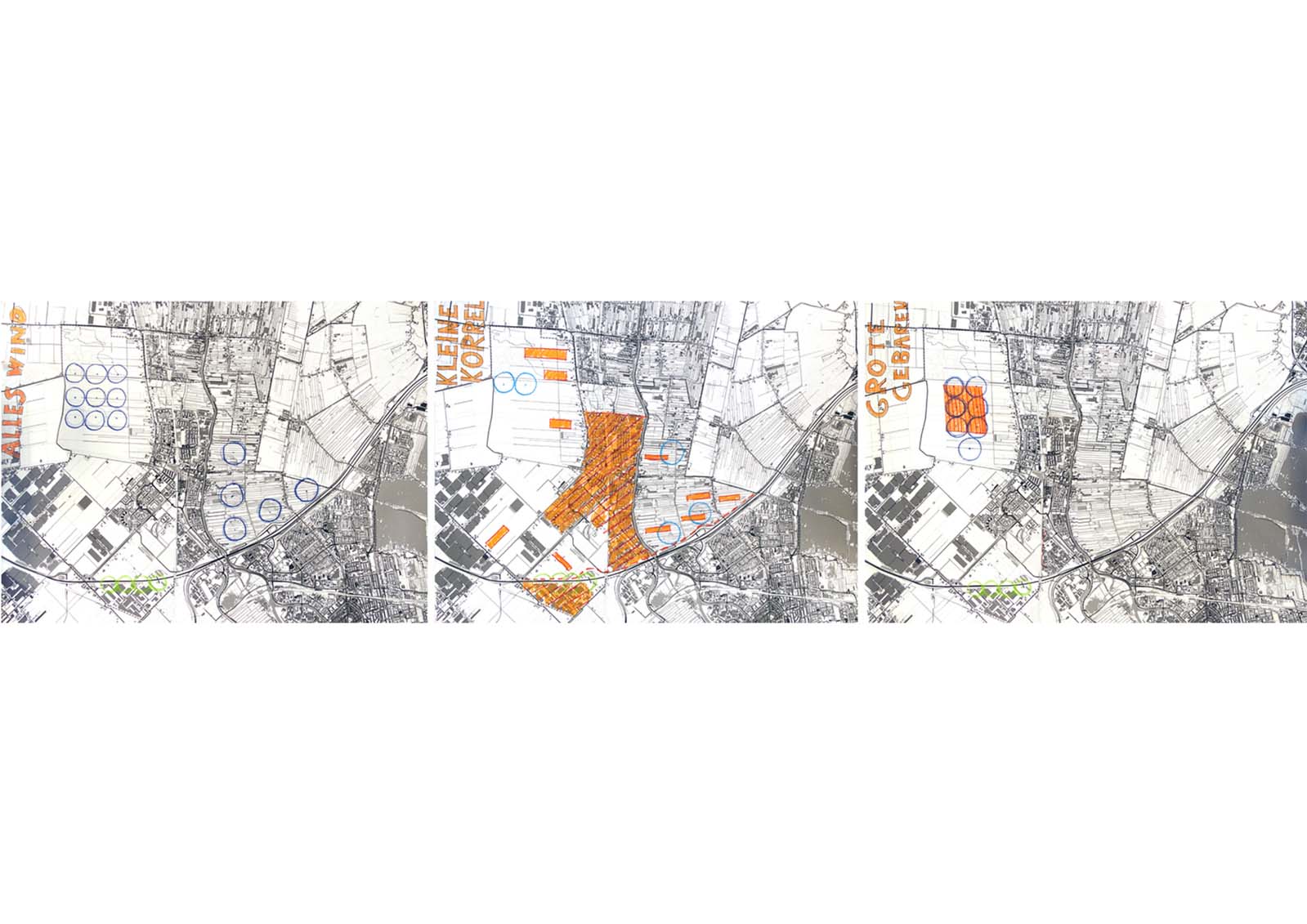 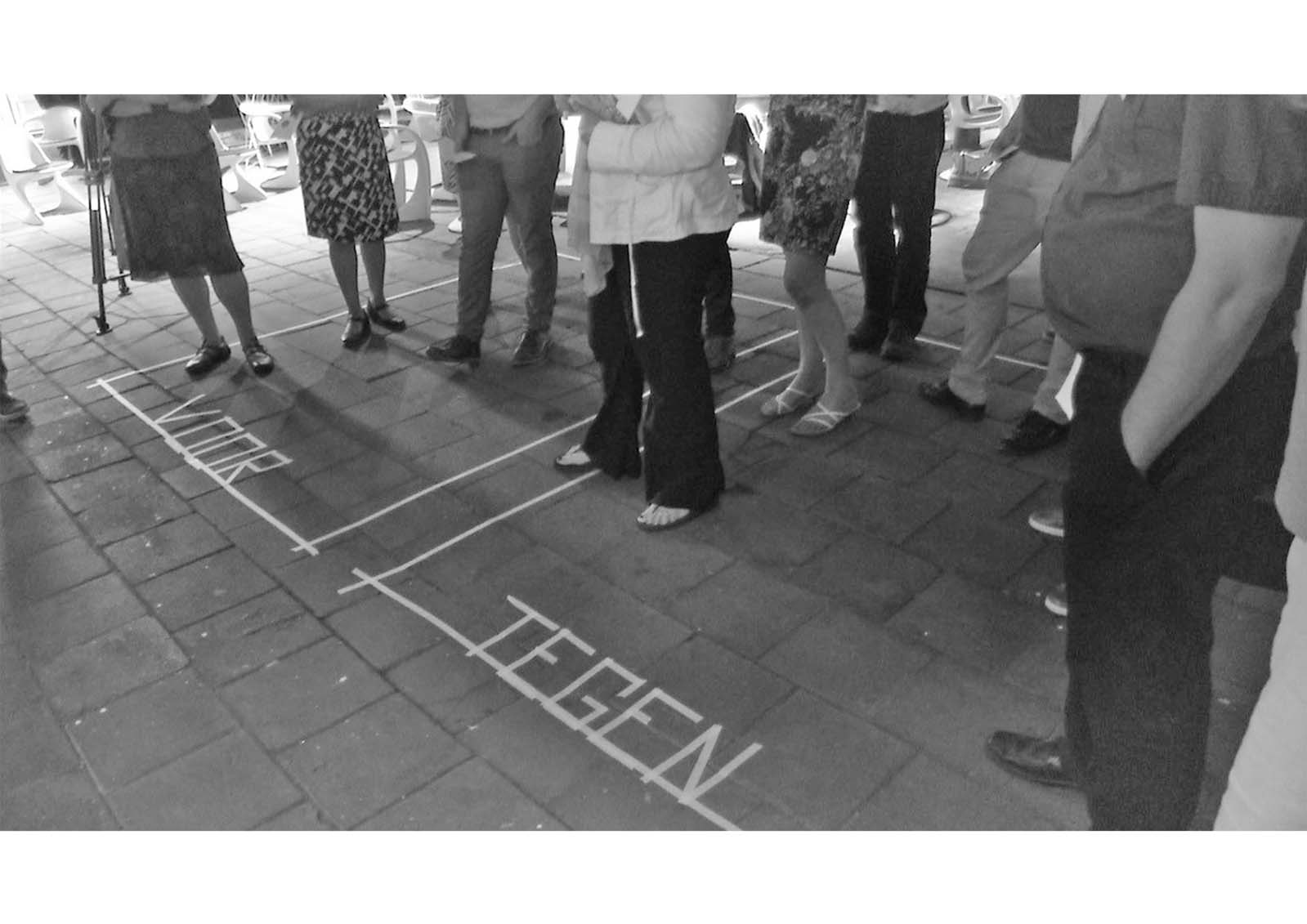 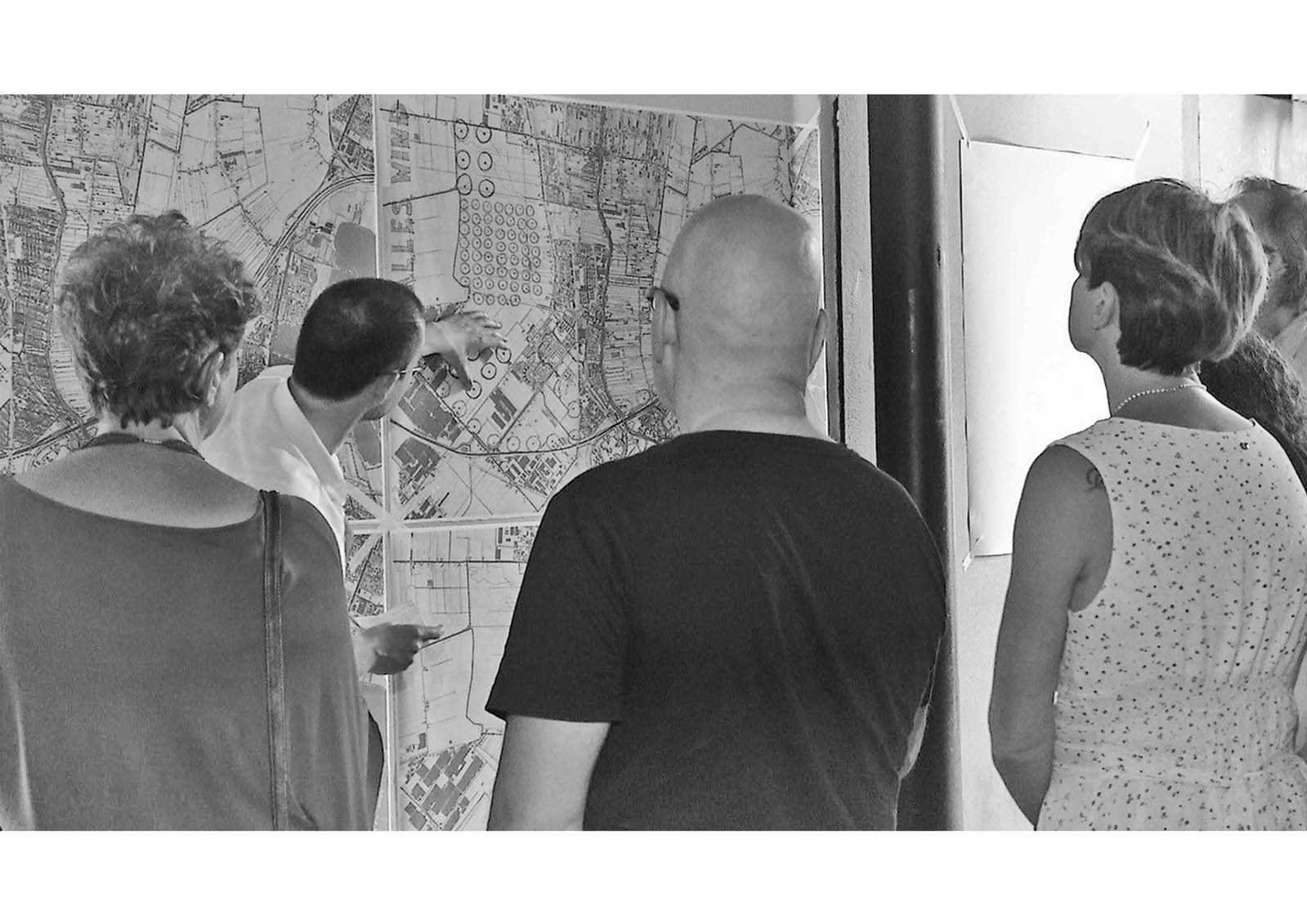 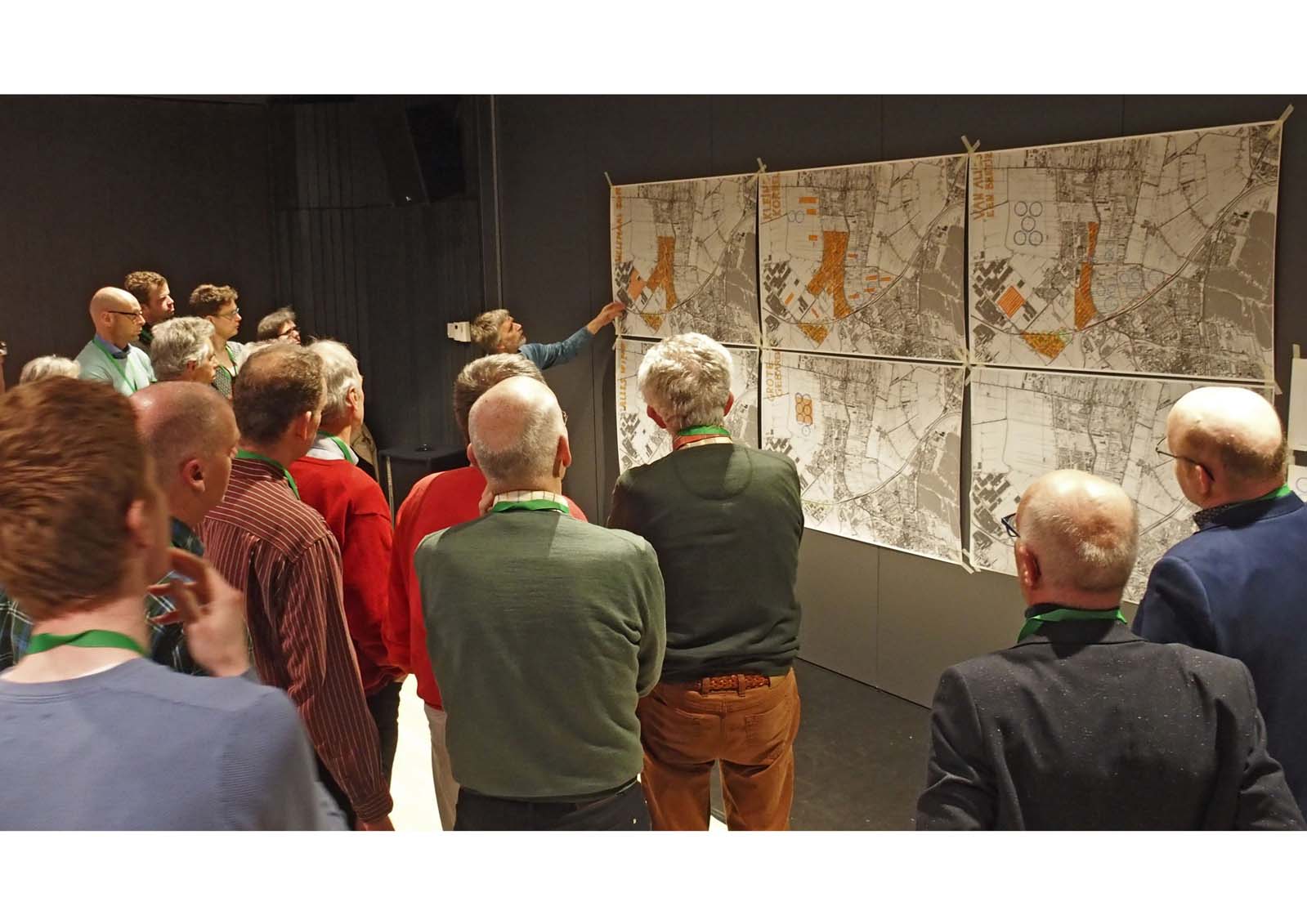 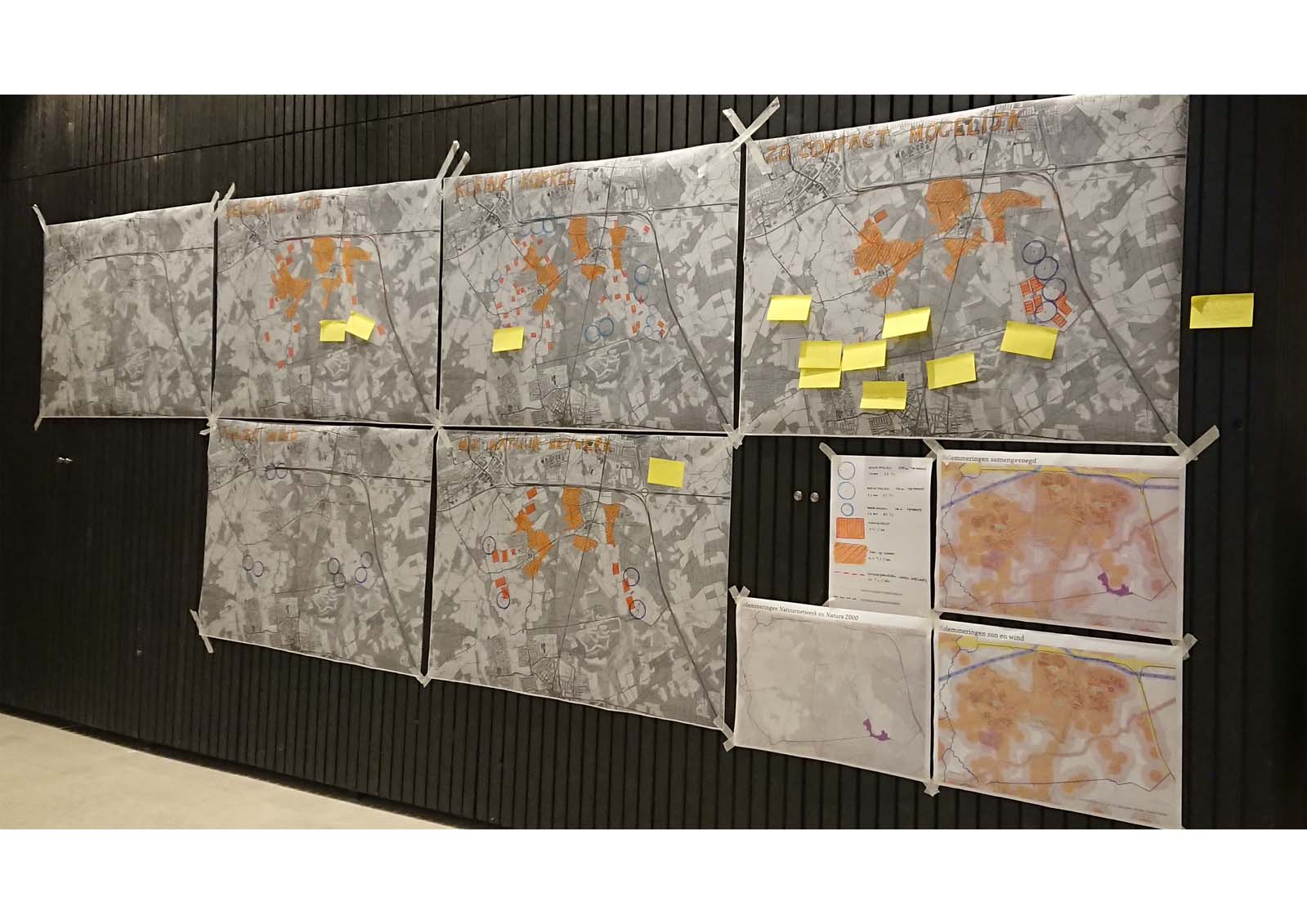 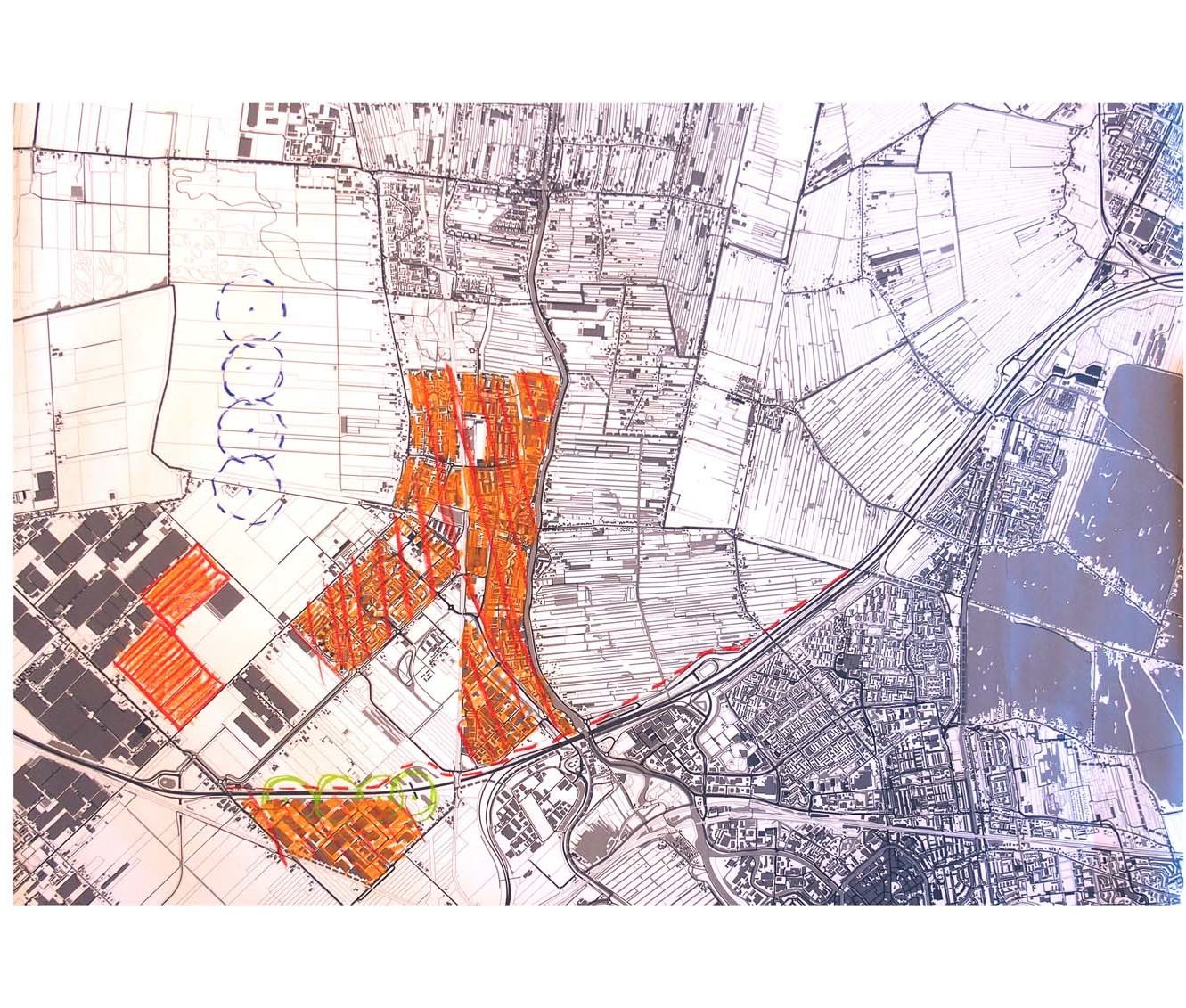 Energiespel (Energy Game)  is a project developed for Dorp, Stad & Land, organization for spatial quality advice in South West Netherlands. Together with the 25 minute movie Wind, Zon & Land about the current situation of renewable energy sources in the Netherlands the Energy Game is made to inform staff, politicians and citizens of municipalities that need to start orientation on the energy transition from fossil economy to renewable sustainable solutions. Energy Game invites people to participate in the debate on where to position solar panel fields, solar panels on roofs and wind turbines in their region or municipality. The current qualities of the landscape and various hinder zones are mapped out and used in a series of spatial models in which the total energy transition task is given a place in the landscape. Participants get a specific role to play during the game in which they take another standpoint then their profession or current opinion. In several voting and debate rounds a favoured model is picked or combined. Participants are asked to step out of their role and then rank the selected option and/or comment on it. The outcomes are used as input for the actual process to come after this start-up phase.