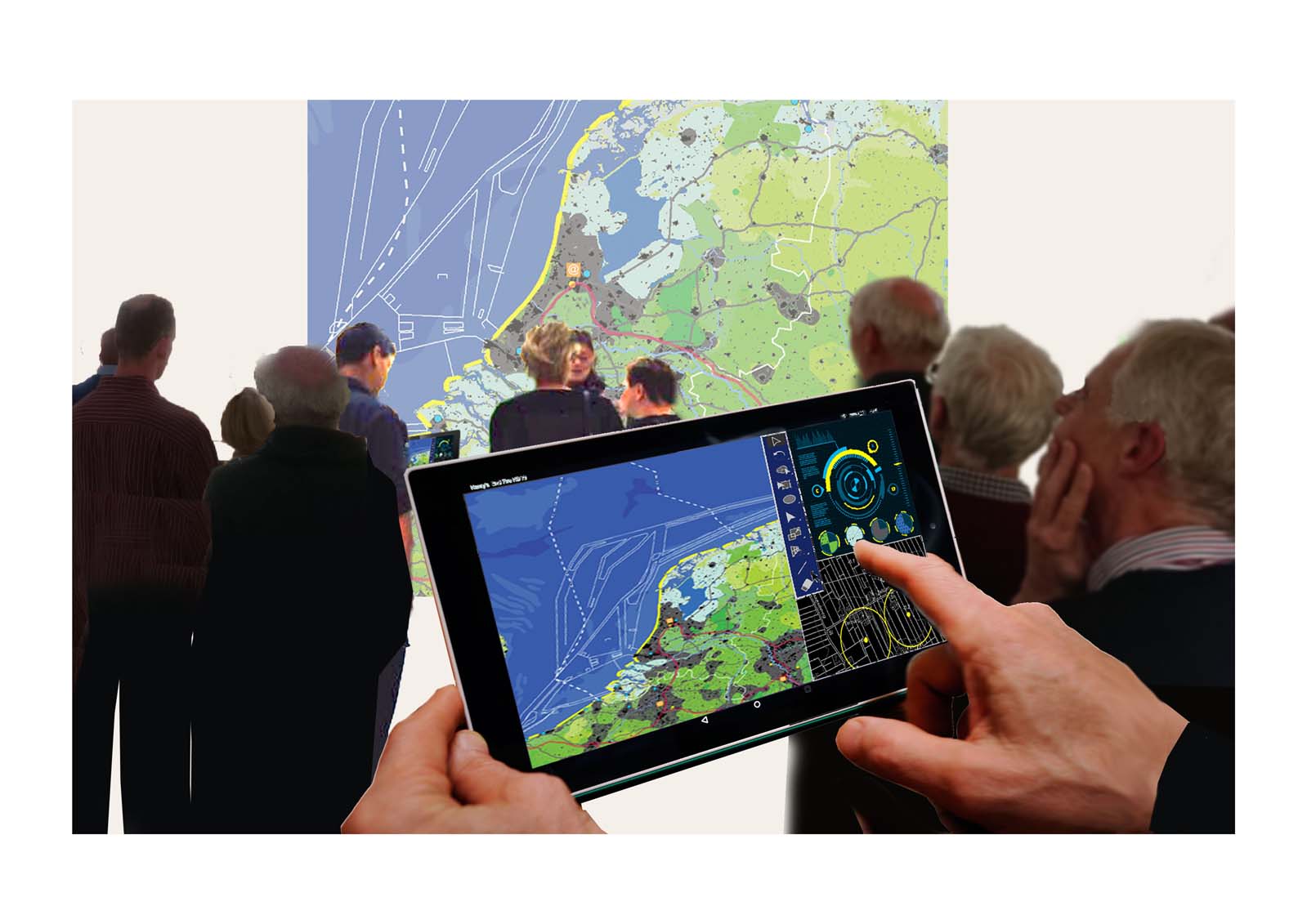 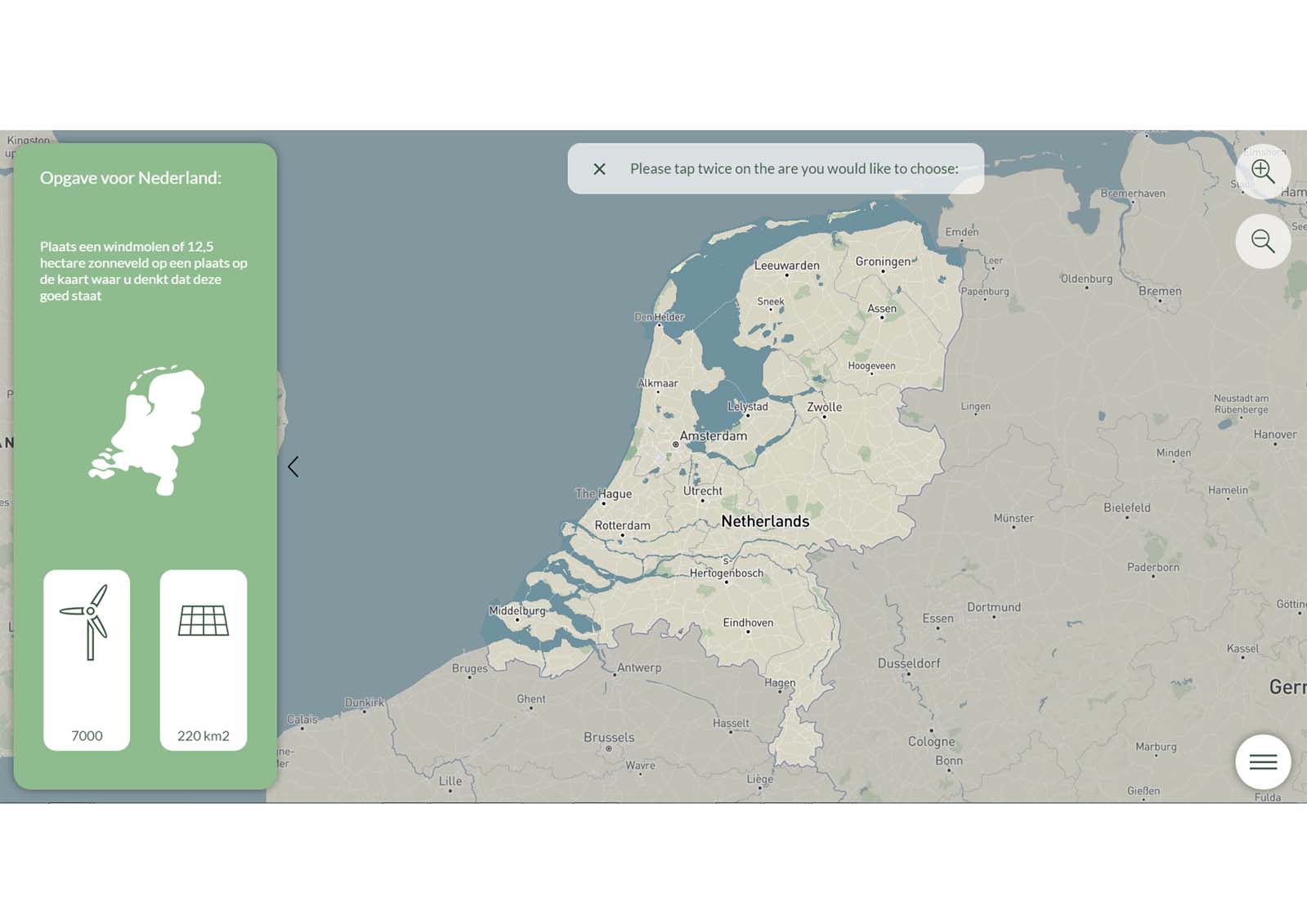 The current energy transition in the Netherlands is going way to slow and the debate is mostly between a small group of experts. The actual needed transition from fossil to renewable energy will have a huge impact on the current landscape. Thus, effecting daily life of all people. Reasoning of VE-R, initiator of Daar Bij Die Molen, was; “If it effects all people, why don’t we ask all people”. Daar Bij Die Molen is exactly that; a tool to be able to ask all people; Where do the approximately 7.000 wind turbines on land and 250 km2 of solar panel fields need to be located in order to become self-sufficient in electricity production?

The digital tool will enable everyone to place wind mills or solar panel fields on the map where they think it would be a good idea. The tool calculates the total energy gain and measures the progress during the series of sessions at multiple locations where people use the tool. Once the total amount at potential places (hinder zones will be excluded and placements will be put in separate data base) is reached, a large public event will be organized in which the debate on the result will be held and smart shifting of placements can be made to come to models of consensus.