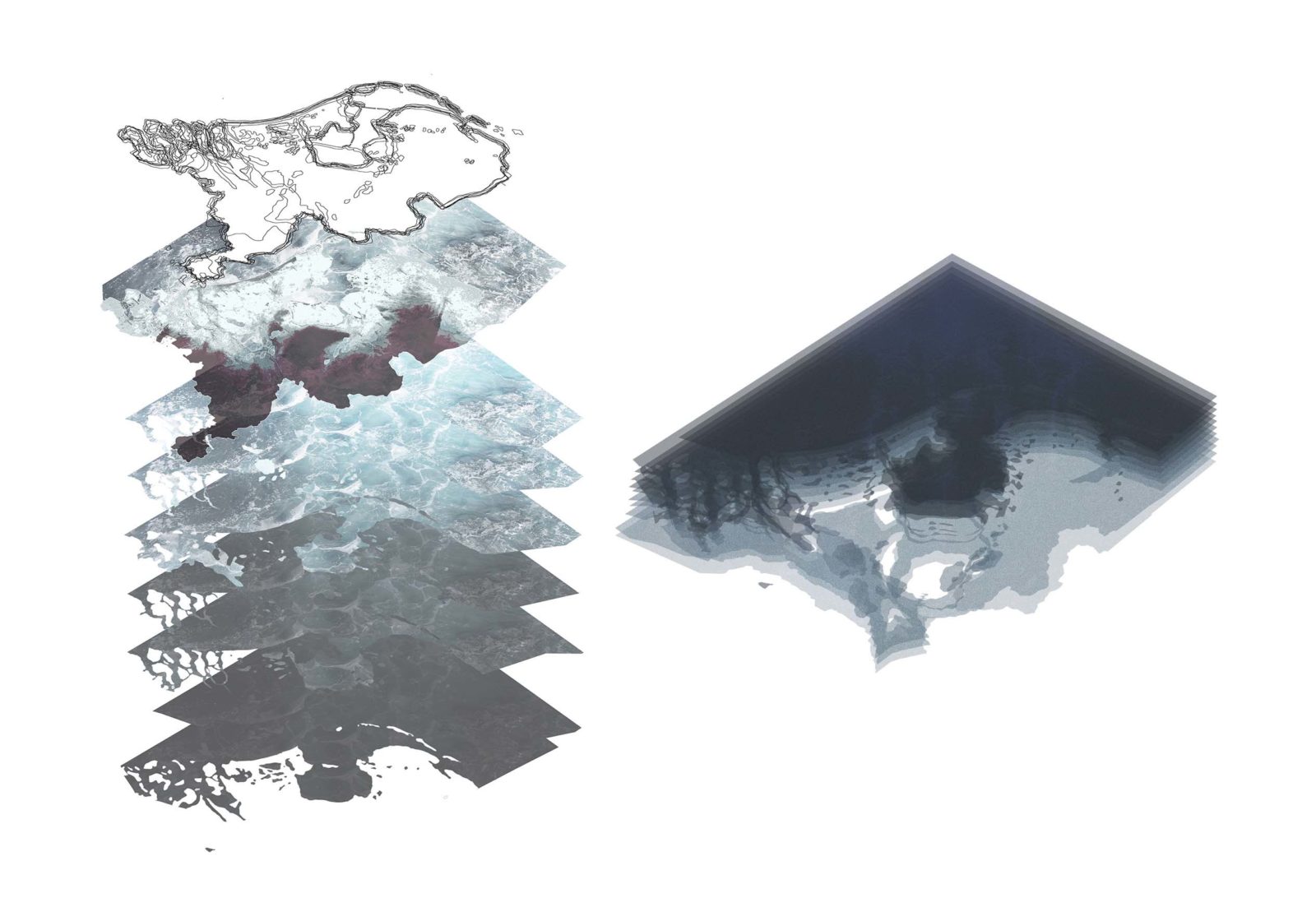 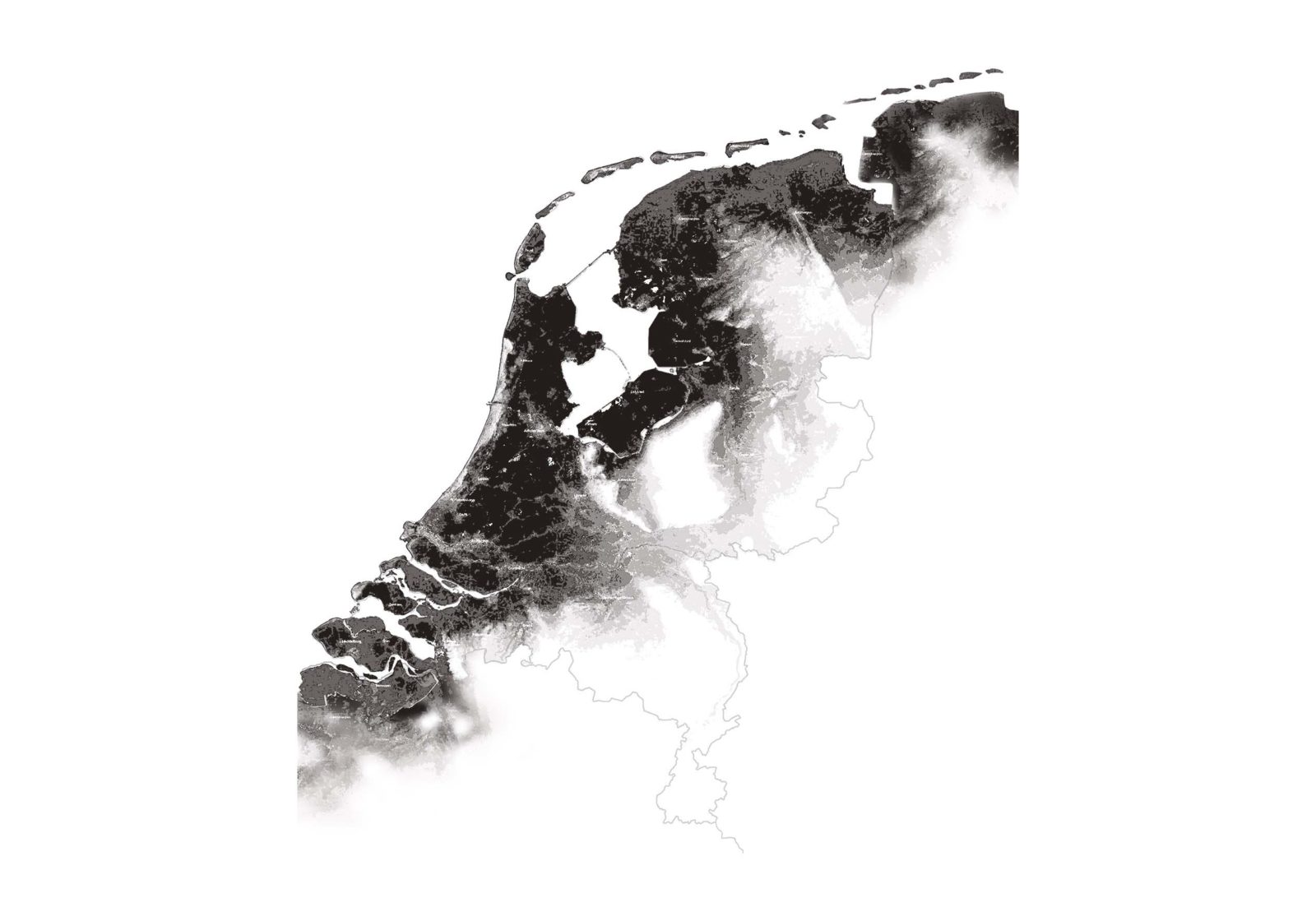 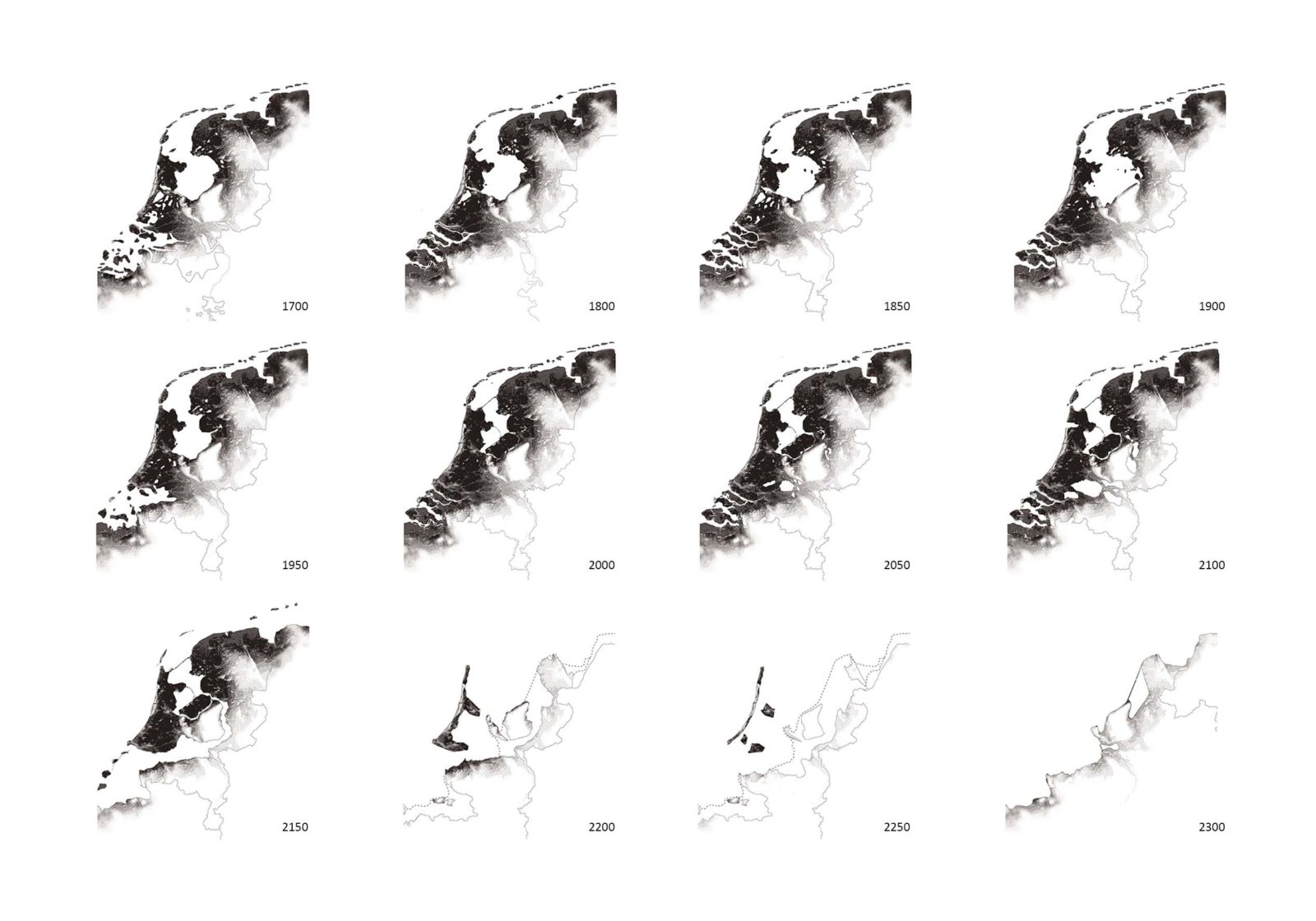 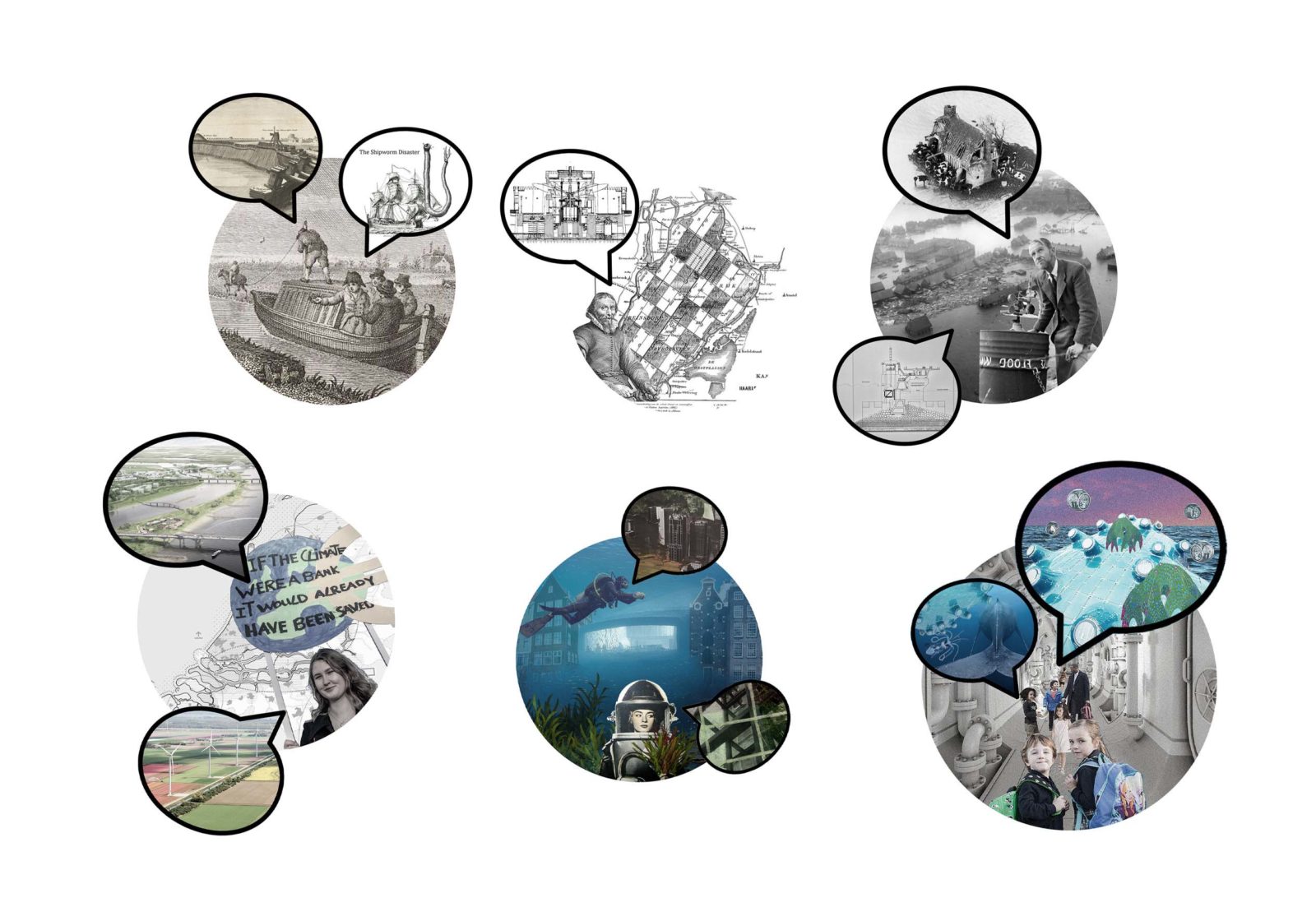 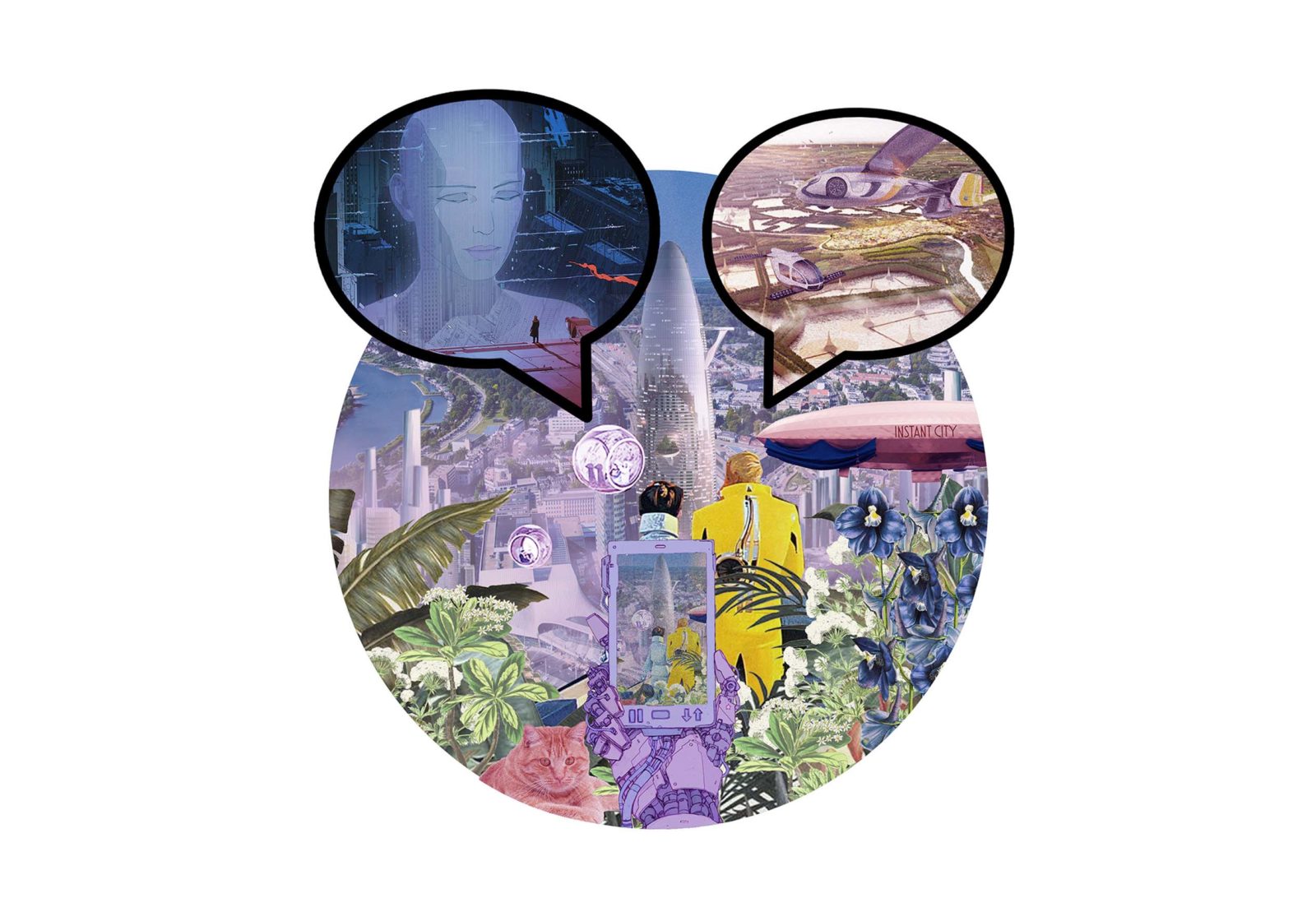 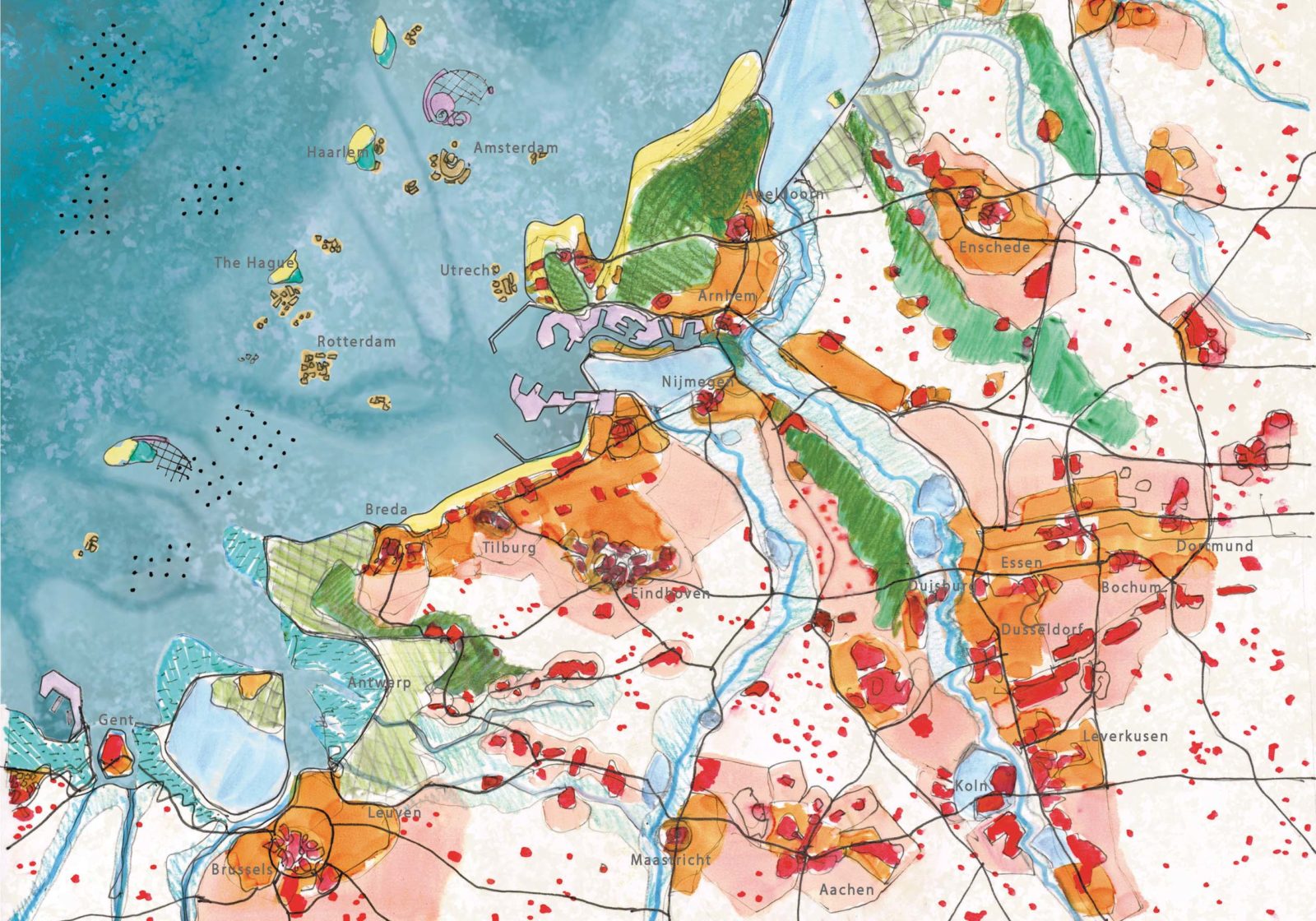 VE-R responded to the Blauwe Kamer Magazine call for the development of scenarios for the Netherlands in 2300, considering rapid climate change and facing the challenge of a 15m. sea level rise. The aim of the different scenarios is to provide insight into what the future might hold in store and create a base for further discussion on how we can effectively respond to these challenges.

The All Saints flood of 1170 changed fundamentally the coastline of the Netherlands. It was also the prelude for the Water Board which became leading for decisions on physical space. The coastline was defended, polders and reclaimed land were created and water levels were managed.

The national borders of the Netherlands also changed. From the very beginning of the Republic in the 16th century after the "Act of Abjuration", the administrative boundaries also show certain dynamics. Even now, the border in Eems with Germany is still a subject of dispute.

This continuous, drastic, historical dynamic is enlightening and relevant for the future. We have, therefore, created a scenario in steps of approximately 50 years from 1700 until 2300 based on forced adaptation, first characterized by resistance and by the "protection doctrine" that is maintained for too long, resulting in "The Disaster". In our scenario, the rivers are the first Achilles heel. During a spring tide combined with a storm and a period of heavy rainfall, the water from the Alps, Germany and France can no longer flow and the river delta fills up. Weaker spots in the North Sea coast barrier are also breaching. Lives are not lost, because the disaster is predictable and announced. However, the damage and repair costs make the anticipation of climate change and sea level rise seem irreversible ("The Cover").

In the predictability of events, the port companies, municipal authorities, water boards and North Rhine-Westphalia have found each other and investments have been pre-sorted for the relocation of the main infrastructure (port of Veluwe), freshwater basins, intensive agricultural areas, new polders and recreational zones. The Disaster and The Cover reinforce the shift of power from national government to cross-border metropolitan regions.

Excursions to Amsterdam are organized from the port of Veluwe where you can take a city walk in a historic diving suit. Wind regions at sea are better able to move with the rising water, but are increasingly distant from the land, so completely new forms of urbanity arise around the old wind farms.